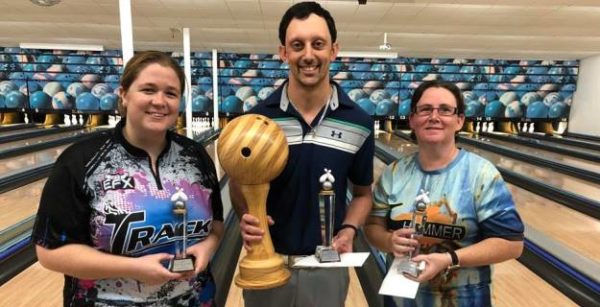 With match three deciding Watson’s opponent in the final, Melton drew 2017 winner Bec Whiting.  After leading qualifying in Stage 1 and sitting in second behind Watson in Stage 2, Whiting had her eyes on the final.  However, the Queenslander had other thoughts and saved one of her best games until last, defeating the leading female bowler in the country 181-166 to move into the final and a chance of taking home the 2018 Gold Coast Cup.

With it all on the line Watson found his line and bowled 202 to Melton’s 189, seeing the Cannington bowler take home his first ranked event of 2018.

The open division will now move to the NSW Open on 8 and 9 September with the Australian Masters to decide the rankings points’ winner of 2018 in October.