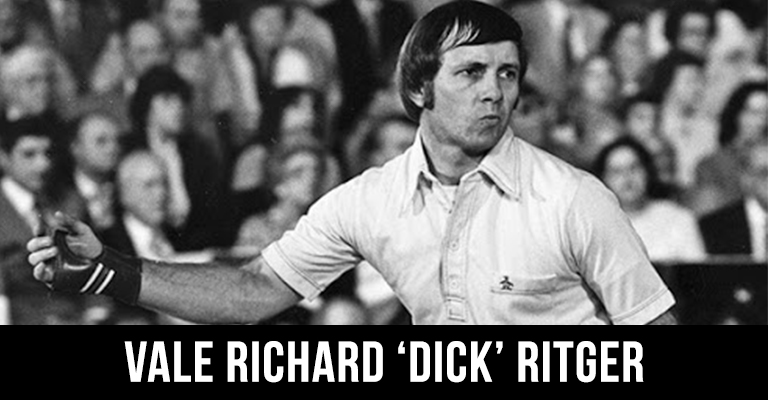 The bowling world has lost an icon in Dick Ritger, a United States Bowling Congress Hall of Fame member who made a significant impact on the sport in Australia in the 80’s and 90’s.  Dick passed away Thursday 27th August at his home at the age of 81.

A PBA, ABC/USBC Hall of Fame Member, Coach Richard ‘Dick’ Ritger spent his childhood living in a family apartment above a 10-lane bowling centre owned by his parents.  A set up that he would take full advantage of to develop his famous bowling skills and knowledge.

Ritger turned professional and spent 15 years on tour capturing 20 PBA titles. Known as a gentleman on and off the lane’s, he was awarded PBA’s Sportsmanship Award on two occasions.

Ritger was best known for being one of the greatest coaches in bowling.  He travelled to Australia on numerous occasions throughout his career with the world-renowned “Dick Ritger Bowling Camps” profoundly impacting bowlers and coaches down under.

“Dick Ritger’s involvement with Australian Coaches goes way back” explained TBA High-Performance manager Mike Griffith.  “A true legend in the coaching world, Dick established what was to become the foundation of how to coach, and lifted the game to a world-class standard. His renowned programs, drills and focus on the “feeling” and “consistency” of the game was what made him stand out amongst the other coaching gurus”.

Many Australian athletes and coaches grew up and developed their skills for the game utilising Ritger’s established drills and techniques.   One of those was TBA CEO Cara Honeychurch.  “As a junior, one of the greatest privileges was to receive an invitation to attend the Dick Ritger camp – an experience I cherished.  I incorporated many of his drills into my game that I used right throughout my career.  His teachings made an indelible mark on not only athletes but coaches and the sport in Australia is indebted to Dick for his enormous contribution”.

A coaching pioneer, Dick’s famous drills and techniques always adapted and survived up to the modern game.

“What Dick developed and taught was ahead of his time. He will be remembered fondly and sorely missed. Tenpin Bowling has certainly lost a legend” said Griffith.

Tenpin Bowling Australia sends its condolences to wife Judy, family, and friends through this time.

USBC’s Matt Cannizzaro has paid tribute on the bowl.com website which can be found here.