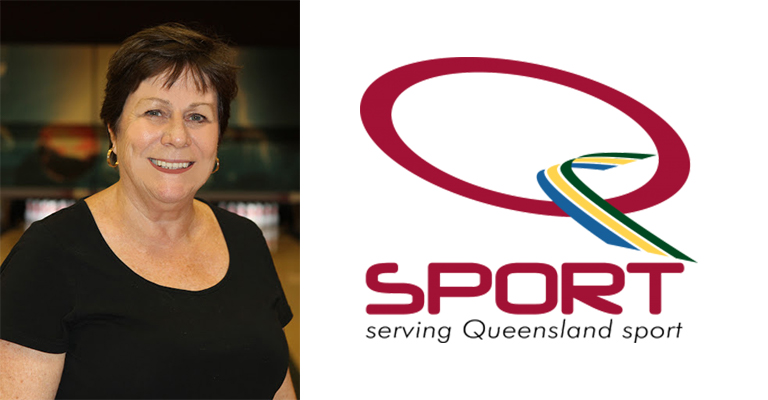 Gail Torrens, CEO of the Tenpin Bowling Association of Queensland has been appointed to the Board of Queensland’s pre-eminent body for organised, affiliated sport – QSPORT.

Established formally in 1992, QSport is incorporated as an independent industry based collective and is akin to the Sports Federations of other Australian States and Territories nationally.

In her role as Director Representing Indoor Sport Group Gail Torrens’ range of skills and career experience will be invaluable.

After graduating from a sport-specific High school on Sydney’s northern beaches, Torrens commitment to the sport of Tenpin Bowling emerged when she began bowling at the newly-opened Totem Bowl in Balgowlah. A keen competitor, she won 1st place in the Open Grade Women’s Singles at the sport’s 1981 Adult National Championships. Later, in 1993, after moving to Queensland with her husband she volunteered for a part-time role as State Coaching Director for Queensland, and was employed a year later as TBAQ’s State Coaching Director.

Awarded tenpin bowling’s first Grad. Dip. (Elite Sport Coaching) by the University of Queensland, she went on to qualify at every level as a High Performance Coach, Educator, Trainer and Mentor, including coaching Athletes with a Disability. At the same time, she remained a competitive athlete, amassing a total of eight Gold medals in the Asia Pacific Masters Games in 2000 and 2002.

Torrens travelled to New York in 2004 at the invitation of American coaching icon Dick Ritger to conduct four 5-day camps alongside 11 international level coaches for more than 240 bowlers from all over the world. She maintains links with international branches of the sport as convenor and Tournament Director for Bowling at the biennial Pan Pacific Games and coordinator of TBAQ’s Talent ID international pathway for junior and youth bowlers.

In addition to her impressive coaching and education career achievements with highly successful State and national teams, Gail Torrens’ administration and management skills are also widely recognised and admired by her peers. In 2019 she was honoured with induction into the TBAQ Hall of Fame.

Developed in 1993, the branded Roll ‘n Strike primary School program is one of TBAQ’s great successes involving over 70,000 participants in more than 200 schools throughout Queensland every year. The program includes tertiary activity contributing to teacher professional development and reaches over 300 teachers across six Queensland universities each year. The community sport service continues to grow with TBAQ providing equipment nationally and sharing the program with stakeholders in other States.

“As a sport operating in commercial venues as well as active in the community, I look forward to bringing this perspective to the table for QSport when speaking on behalf of Indoor Sport in Queensland,” Torrens said today. “I enjoy working in a team environment, teaching and learning from the people I work with – I use training and practical skills gathered during my studies to build sport specific modules covering numerous tertiary level subjects such as Functional Anatomy and Physiology, Mental Preparation for competition, Human Resource Management, and I take the time to keep up to date with sport science relative to Tenpin,” she continued.

“My involvement in QSport’s Mentoring Program since its inception has provided me with cross-sport experience which should also be useful in meeting the challenges of this exciting new role with QSport – TBAQ has been a long term member and supporter of QSport and I am honoured to be accepted to fill the vacancy that existed on the Board,” she added.