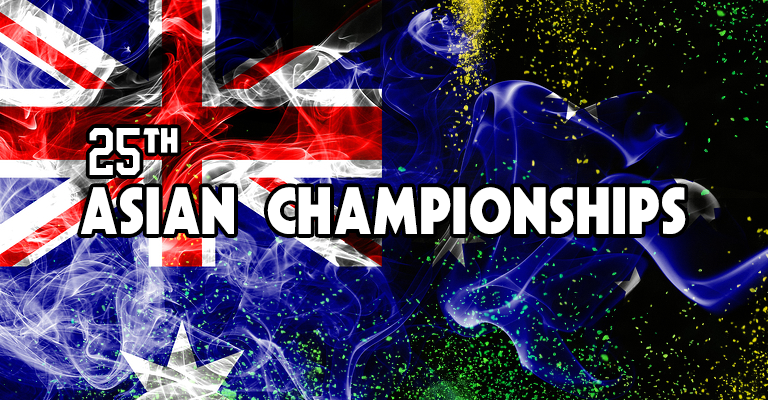 For the sixth time this year, an Australian team will be heading overseas for international competition when the 25th Asian Tenpin Bowling Championships begins this week.

Kuwait will host the championships where the Australian team will be based from the 17th– 31st October 2019.  The team consists of six females, six males and two team coaches. The competition will see Australia battle for medals in Singles, Doubles, Trios, Team of 5, All Events and Master events.

236 athletes from 28 countries will travel to Kuwait to compete for the medals at the impressive 48 lane state of the art Kuwait Bowling Center. Official competition will begin with the singles event on the 22nd of October 2019.

The Australian team will be directed by Team coaches Billy Gardiner and Rob Alexander. Both coaches have been on Australian representative trips already this year and taken key learnings that will help in Kuwait whilst working together.

“The number one thing I have learned this year is to trust your other coach. Robert has a wealth of knowledge and I will be trying to use that and learn from that myself. I would hope he has the same belief in me and will do the same” said Coach Gardiner. “Issues need to be addressed before they turn into major issues – communication is key”.

The team will feature three rookies making their green and gold debut in Jenny Notman, Jaime Maglieri and Matt Watson.

“I’ve been bowling for over 30 odd years and my dream was always to represent Australia” said an excited Notman. “I never thought it would actually happen for me but the night I got the phone call to tell me I had made the team was one of many emotions. All the hard work, time and effort I had put in finally had paid off!”.

Bowling since the age of 12, Western Australian Matt Watson will also realise a long standing dream when he represents the country in Kuwait.

“To be given this opportunity, to me, is the crowning achievement on a 20 year career” Watson explained.  “It makes all the hours of training, travelling, sleepless nights, games bowled and blood, sweat and tears lost all worth it. To represent my country is a dream come true”.

A great blend of youth and experience surround the rookies heading into the championships.  The 2018 World Youth Championship team that travelled to Detroit will see 4 members join the team in Kuwait. With experience comes learnings which the bowlers will take with them into the Asian Championships.

“I have learnt to be calm and take in the whole experience” said Matt Clague. Also joining Clague in Kuwait from the World Youth team is Nathan Shoesmith, Emma Williamson and Chloe Jones.

“Everyone is there for the same reason due to their love and commitment to the sport and representing their country. Slow and steady wins the race but enjoy the moments and have fun” said Shoesmith.

Williamson, who at the World Youth event was awarded a bronze medal in the master’s event, is keen to get back out there in the green and gold.

“Winning the medal at world youth gave me experience bowling under pressure. It taught me how to stop nervousness and excitement from impacting my performance. I think this will help me in Kuwait to remain confident and focused during competition” said Williamson.

Chloe Jones enters her sixth Australian campaign after already representing Australia this year at the Asian Youth Championships in Malaysia.

“I learnt so much about my game at Asian Youth. I am feeling quietly confident that I will be able to hit the lanes and get the job done” said Jones. “My main goal is as per usual to keep my sparing percentage around 95% because as long as I’m sparing, the strikes will come eventually”.

Another one who represented the country at this year’s Asian Youth Championship and will be in Kuwait is Western Australian Callum Borck. After recently bowling a perfect game at the PBA WBT World Bowling Tour Thailand, Borck is feeling confident leading into the championships after some recent form.

“It is always good to see improvements, makes training that little bit easier, but forever mindful that you are only as good as your next game” said Borck. “I am very excited to represent Australia and to be part of the men’s team. My previous Australian selections have helped understanding the team environment, experience on the international stage, being comfortable overseas dealing with different cultures and hotel living. Although there are a couple of familiar faces I am looking forward to getting to know everyone in the team, bowlers and coaches. I should be a great event”.

Leming was part of the silver medal winning team at the 2016 Asian Championships in Hong Kong.  Joining Leming from that 2016 team is Dena Buxton who through experience has learned to be more relaxed heading into Kuwait.

“You know what to expect, and the more you compete overseas the nerves tend to get a little less” explained the experienced Dena Buxton. “The advice I would give them is to soak it all in and don’t put pressure on yourself, go out and have fun, learn from each day and then bring that the next day. The patterns look very tough, so it’s all about just rolling the ball one shot at a time”.

The championship will feature two patterns – medium and long. One of those that can attest to the tough patterns in store is Adam Hayes who returns for Australian representation for the third time.

“The ratios look pretty tough outside to in, combined with most of the oil being in the first oil loads then buffed out, the outsides look like they might be out of play” explained Hayes. “I think ball selection will be critical especially on the medium pattern with smooth reaction required, nothing with a sharp change of direction. We will see lots of urethane and short pin drillings!”.

The team will have official practice on the 20th and 21st before the singles event takes place on the 22nd.  For all the results and information head to http://www.abf-online.org/results/25thatbc.htm