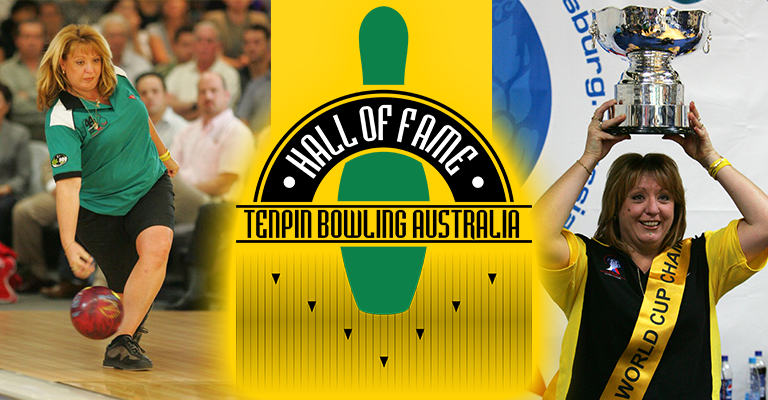 Tenpin Bowling Australia (TBA) is excited to announce that Ann-Maree Putney will be inducted as the 33rd member of its illustrious Hall of Fame.

A glittering career that span 34 years, Putney, represented Australia for 23 years collecting an astonishing 29 medals in international events including World, Asian and Commonwealth Championships on her way to being nominated for the Hall of Fame.  Major achievements in Ann Maree’s career include winning the QubicaAMF Bowling World Cup in 2007 in Russia along with the coveted Masters Gold Medal at 1999 World Championships in UAE.

Established in 1984, the Hall of Fame comprises of 32 members that represent the highest mark of achievement in the sport.

Nominated by the TBA Hall of Fame committee for her outstanding accomplishments in the sport of tenpin bowling, Putney will be inducted during this year’s Australian Adult Championships at Zone Bowling Rooty Hill, NSW.  The ceremony will take place during the Walter Rachuig Trophy Tournament presentation dinner, a tournament that Putney showcased her talent at with 21 years of participation.

The Walter Rachuig and Hall of Fame presentation dinner is scheduled for Saturday the 26th October at the Tivoli Showroom – Rooty Hill RSL/West HQ.

Supporter dinner tickets are now available and can be found at by clicking here. Tickets will be available until Saturday the 19th October or until sold out.