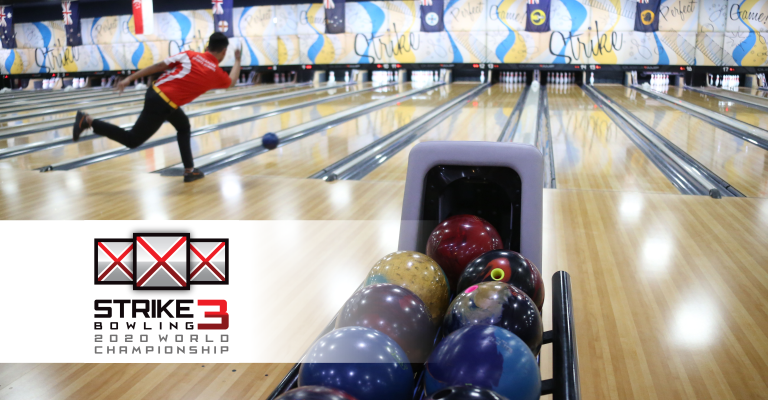 Since the launch of Strike 3 Bowling Pty Ltd and the Devil’s Lair Tasmania, many have asked why we used `Strike 3’ as the name?

Today we finally get to announce why! Since the sport of Tenpin Bowling was invented, those who did not play the sport have wondered how the heck you score and why does it take multiple shots after a strike just to calculate the score for that frame. These days with automated scoring, even bowlers are scratching their heads as to how to score!

Many alternate systems have come and gone, but they mostly still try and calculate a potential game score of 300. We decided to take a completely different approach to the whole scoring concept based on three things. Most the worlds most watched sports count their scores in one’s and/or two’s; today’s younger generations want instant action and for matches to end quicker than ever before, and there is one thing that everyone knows about bowling; if you knock down all ten pins at the same time, this is called a STRIKE!

TODAY WE INTRODUCE TO THE WORLD, STRIKE 3, THE GAME!
STRIKE 3 2020 WORLD CHAMPIONSHIP

The best part though is that the very first STRIKE 3 WORLD CHAMPIONSHIP will be held on Friday July 31st 2020 at Zone Bowling Moonah in Hobart.

AND THE TWO FINALISTS WILL RECEIVE A `GOLDEN TICKET’ EACH INTO THE DEVIL’S LAIR TASMANIA!

Yes, just hours after playing off in the final of the very first Strike 3 World Championship, both players will be lining up against some of the world’s best professional players and the greatest player of our time, Jason Belmonte, in Belmo’s very own tournament, the Devil’s Lair Tasmania.

HOW DO YOU PLAY STRIKE 3?

Strike 3 is designed to provide an exciting shortened version of Tenpin Bowling, which removes the need for complicated scoring and bowling spares. It is as simple as 1, 2, 3. (Strikes that is)! The first to score three strikes wins with matches played head to head. In the case of both players scoring their third strike in the same of amount of shots, the next `golden’ strike wins!

Trials held earlier this week with a select group of players in Hobart drew rave reviews. The intensity, pressure and the speed of not only the matches but of general play, meant that it was non-stop action. Those who came to watch could not believe what they were seeing. The removal of slow play and spare shooting meant that a true 20/20 cricket version of bowling had been born.

The other exciting part of Strike 3 is that it will appeal to a very wide range of players that can play against each other without the need for handicap. Data shows that the main difference between a 175 average player and a 210 player is not the amount of strikes scored each game, but spare shooting. The complete removal of spare shooting not only dramatically speeds the game up but it opens up the opportunities to play against each other to a much wider group of players, just as `Big Bash’ has done for cricket. Greater player involvement and an exciting show is a win for the sport across of multitude of areas. It also means an entire Strike 3 tournament can be played in just a single day!!

The core principle of the formation of Strike 3 Bowling Pty Ltd is to take our great sport to a wider audience by coming up with new and exciting ideas that will engage with people outside of the sport, who will ultimately take the sport up at some point. This has already been shown with the announcement of the Devil’s Lair Tasmania and now Strike 3, the game, which is set to ignite bowling centres around the country with a number of centres hosting this tournament style from 2020.

Strike 3, the game, promises to bring all new excitement to tenpin bowling and is tailored made for television, where viewers who don’t bowl will finally understand what is going on when they watch and be excited by the non-stop action. It will see new star’s created and deliver the full potential explosiveness of our sport, not just in the 10th frame, but in every single shot.

Full rules for Strike 3 are due for release next week. Entries for the Strike 3 World Championship will open in late January 2020. Keep an eye out for local Strike 3 tournaments happening around the country, which we will be announcing early in the New Year.