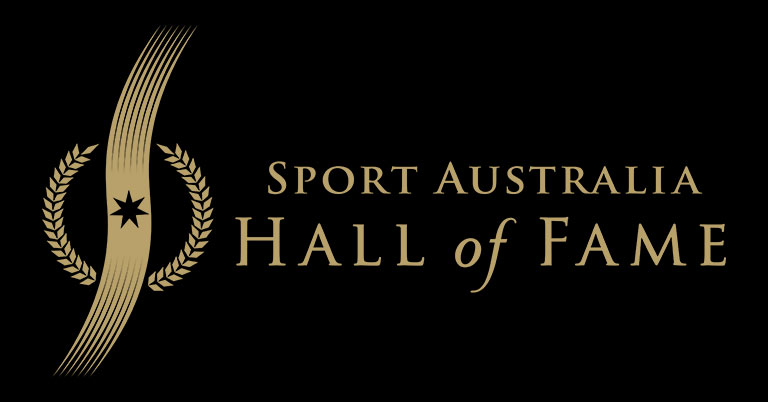 Nine new inductees were announced today into the nation’s most prestigious sporting club, the Sport Australia Hall of Fame (SAHOF).

The 2022 inductees include two greats of Australia’s leading football codes, two champions in their sports on the world stage and past Olympic and Commonwealth Games gold medallists.

They will be honoured in a television special, ‘Sport Australia Hall of Fame – Heroes and Legends’ on Thursday, December 8 on the Seven Network.

Those who are inducted into this elite group are our nation’s leading champions. They have not only excelled in their chosen field, but have done so with dignity, integrity, courage, modesty, pride and ambition.

Two members will be elevated to Legend of Australian Sport and the nation will celebrate as we announce the winners of The Don Award and The Dawn Award on Seven’s Sport Australia Hall of Fame – Heroes and Legends on Thursday, December 8.

The Australian Paralympic movement owes its origins and its ongoing success to pioneering orthopedic surgeon and rehabilitation specialist Sir George Bedbrook. A spinal injury innovator and advocate, Bedbrook led the first Australian team for athletes with a disability to the 1957 Stoke Mandeville Games, the forerunner to the Paralympics. He was one of the leading figures in helping start the Commonwealth Paraplegic Games, held for the first time in Perth in 1962, and would play a leading part in various roles in taking Australian representative teams abroad to major events including the Paralympics.

Catherine Cox was one of the most decorated netballers of her generation, with her goal-shooting prowess and leadership qualities playing a key role in Australia’s successes of the era. She represented the national team over 16 years, making 108 senior appearances between 1997-2013. She was captain of the side on seven occasions and played more than 250 games in the national league. As a member of the Australian team, she won gold medals at the 2002 Commonwealth Games and the 2007 and 2011 World Netball Championships, silver at the 2006 and 2010 Commonwealth Games and the 2003 World Netball Championships.

Brad Fittler had a glittering 16-season career as one of the most durable, resilient, and attacking players of his generation. His NRL career consisted of 336 games and 122 tries for Penrith Panthers and Sydney Roosters, winning premierships for both teams (1991 and 2002) as he became one of the greatest five-eighths to play the game as well as spending time in the centre and lock. Fittler played for the NSW Blues on 31 occasions, leading them 14 times for eight memorable wins. He led his country in 20 of his 40 matches, guiding the Kangaroos to the 1995 and 2000 World Cup titles, as well as being a member of the victorious 1992 side.

Tanya Harding’s contribution to Australian softball spanned 15 years, more than 50 tournaments and a total of 283 matches, including four consecutive Olympic Games appearances. Harding became one of the countries, and one of the world’s best pitchers in a stellar career. Renowned for her determination and mental toughness, she played a pivotal role in helping make the Australian team a potent force on the world stage. She won medals at four consecutive Olympic Games, with her strong performances against the mighty United States teams setting her apart from her contemporaries.

Cara Honeychurch is one of Australia’s most successful tenpin bowlers. She fulfilled her childhood ambition of becoming a world champion and helped elevate her sport into the mainstream. She was the second Australian to win the Bowling World Cup, in Northern Ireland in 1996, and was one of this country’s unlikely heroes at the 1998 Commonwealth Games, becoming a triple gold medallist from her three events. Honeychurch turned professional and was named rookie of the year in the Professional Women’s Bowling Association in the United States in 2000, winning eight titles, including two majors, as one of the most successful players on tour over three years.

Dr Adrian Hurley is one of the most significant coaches in Australian basketball history who had a profound impact on the sport and its top-level participants across four decades. Hurley played the key role in establishing the Australian Institute of Sport basketball program and served as the head coach or assistant coach of the national team for more than a decade. He became the first Boomers coach to take an Australian team through to the medal rounds of an Olympic Games, finishing fourth in 1988 at Seoul. He led the Perth Wildcats to the 1995 NBL championship, was NBL Coach of the Year in 2004-05 and was inducted into the Australian Basketball Hall of Fame as a coach in 2004.

Chris Judd was one of the most decorated and dynamic footballers of the modern era. Judd had the distinction of not only captaining two clubs but also winning a Brownlow Medal at the West Coast Eagles and Carlton. A six-time All-Australian, including one as captain, and a five-time club champion, Judd played 279 games and kicked 228 goals in a career that spanned from the 2001 national draft until his final game in round 10, 2015. His capacity to reach peak performances in games that mattered was highlighted by his Norm Smith Medal win in a losing team in 2005 before he captained the Eagles to the 2006 flag.

Karrie Webb’s journey from a shy, talented teenager from the small far-north Queensland town of Ayr to the world’s most dominant female golfer is one of Australian sport’s greatest success stories. Webb became one of the most decorated golfers of the modern era, winning seven career majors and 41 LPGA tour titles as well as 13 Australian, 15 European and three Japanese events. She won the LPGA player of the year award twice, was a three-time LPGA Tour Money List winner and was the youngest person at the time inducted into the World Golf Hall of Fame in 2005.

Mark Webber graduated through the motor racing ranks from his native Australia to the United Kingdom before realising his dream of becoming one of the most resilient Formula One drivers across 12 seasons and 215 starts. While he often had to compete in under-performing cars, particularly early in his career, he went on to score his maiden victory at the 2009 German Grand Prix, the first Australian to win a F1 race since Alan Jones 28 years earlier. Webber competed for four different teams, winning all nine of his Grand Prix races with Red Bull. He secured 42 podium finishes and 13 pole positions. On his return to sports cars with Porsche, he combined with Timo Bernhard and Brendon Hartley to win the 2015 FIA World Endurance Championship.

Induction into the Sport Australia Hall of Fame is reserved for the best of the best. Nominations can be submitted by anyone via the SAHOF website. Each year the Selection Committee picks the newest Hall of Famers to join their fellow top echelon of Australian leaders.

Sport Australia Hall of Fame Selection Committee Chair, Bruce McAvaney OAM said: It’s an honour to recognise this outstanding group who confirm the breadth of excellence we have here in our country across international sports and those specific to our own region. Today’s inductees represent those who’ve performed at the highest level and those who’ve cemented the foundations for those who follow. Men and women who’ve responded with well-deserved pride and humility in the knowledge they stand in the company of greats.

The Sport Australia Hall of Fame Induction and Awards program is sponsored by the Australia Sports Commission and the Australian Institute of Sport. And proudly supported by Sportscover and Victoria University.