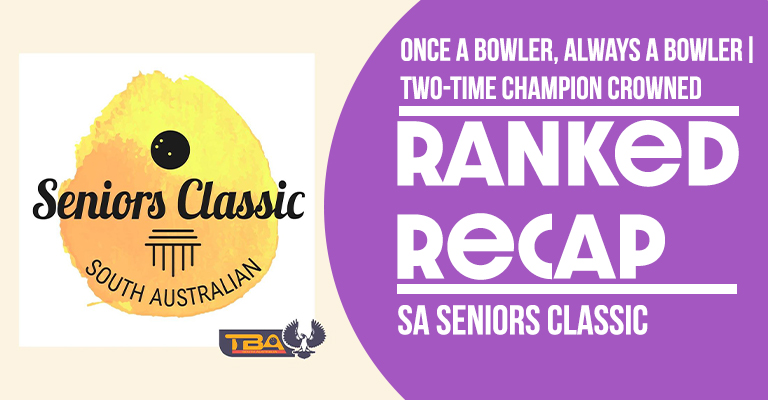 In 2020, the SA Seniors Classic became one of many cancelled events due to COVID restrictions. In 2021, with the COVID coast clear, bowlers would flock from across the nation to Bowland Salisbury, South Australia, where the 18th running of the event would take place. A total of 81 participants competed for this year’s title. A great result for tournament organisers with the total being an increase on the 2019 total of 71.

The format was straightforward. All participants were set the task to bowl 16 games over two days of competition (eight games each day). After the 16 games of competition, the male and female with the highest pinfall would be declared the 2021 SA Seniors Classic Champions.

ONCE A BOWLER, ALWAYS A BOWLER

TBA Hall of Famer Jeanette Baker has dominated the female division of the SA Seniors Classic since its inception in 2003. Jeanette has won the female division crown an incredible 12 out of 17 times. In 2021, a proud South Australian would raise the trophy in her home state and claim her first national title in 21 years, proving ‘Once a bowler, always a bowler’.

“It’s always good to have a win at home. The support was really appreciated,” said 2021 female division champion, Jo Babic.

Jo Babic has a long history with the sport. A three-time Australian representative, 18 Rachuig appearances for her beloved South Australian state, and winner of a pair of national titles in 2000 with the Australian Adult Masters and Women’s Adelaide Cup.

It’s been 21 years since Jo’s last national title. A newly initiated member of the senior division, Babic is once again a national titleholder. The recipe for success involving persistence and receiving a simple bit of advice.

“Some great advice from a good friend said, ‘if you spare this weekend, you will win, and win comfortably’. I took this on board and didn’t overthink frame by frame. Being patient was the key in the ladies division,” explained Jo.

Day one of the competition would see Babic claim the top spot on the leader board, shooting 1,582 over eight games averaging 197.8. Bendigo bowler Tracey Farquharson would remain close by in the second spot with 1,494, and defending champion (2019) Cheryl Womack not far behind in third place with 1,490.

Day two would not only see Jo maintain her top spot on the leader board but see her pull away from challengers with an impressive performance. Shooting a second block score of 1,718 and finishing with a 16-game total of 3,300 (206.3 avg) was enough to win the female division in 2021.

Defending champion Cheryl Womack would fight until the very end finishing in second place with a 3,089 total pinfall, while Victorian Christine Clark would round out the top three placings with a 16-game total of 2,935. 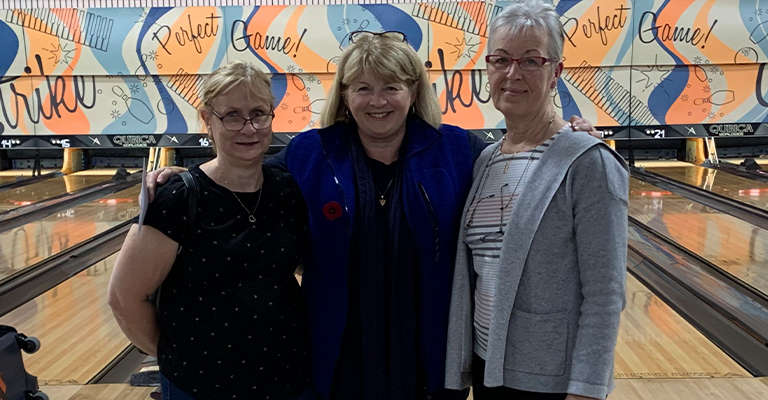 “I have made some critical changes to my game for the better, and they are paying off”, explained Jo. “The goal is to consistently improve my game at every event I compete in and put myself in good contention for NTS (National Training Squad) selection”.

After a 10-year break from the sport, the return in 2021 has involved a change of division after meeting senior division criteria. Babic, who spends times off the lanes working in HR Consultancy, is enjoying bowling again in a new environment whilst enjoying the benefits of competing in ranked events.

“I love the friendly nature of competition and how the senior bowlers have all embraced me being new to the division”, explained Jo. “I have made so many genuine and lifelong friendships through the sport, and it’s great to be out there competing once again”.

The benefits attained from Jo’s return to participating in the sport have solidified that bowling is a sport for a lifetime. She hopes her recent experiences and results motivate others to follow in her footsteps.

“Once a bowler, always a bowler. Even after a 10-year break from the sport, you can still come back and compete consistently at a high level. Many women take breaks for raising children, and I encourage them all to take the challenge of returning and competing back at the highest level,” stated Jo.

A total of 58 participants would line up in the male division, with defending champion Rob Kaluci striving for his third consecutive title at the event (2018 & 2019 winner). Yet, it would be another past champion from 2016 who would be crowned champion once again. That bowler being Steve Lenton from New South Wales.

The 2021 SA Seniors Classic would be Steve’s first appearance at a nationally ranked event since the 2020 John Sullivan Senior Australian Open. A triumphant return for Steve made the forced break due to COVID-19 worth the wait.

“Words cannot describe my joy at being able to win again, which is in no small part due to the lockdown last year,” explained Steve. “It allowed me to assess my game and work to improve as well as giving me a much-needed break to recharge”.

A return to ranked event participation has been something Steve has missed and was excited to recommence on the weekend.

“The ranked events are the ultimate in competition,” explained Steve. “I enjoy competing and associating with bowlers from around the country, and I look forward to competing for as long as possible”.

At the end of the first day for the men, the leaderboard would indicate that a tightly contested event was in store for those chasing the title. A group of six bowlers within 100 pins of each other would sit up the top of the standings. South Australian Bill Johnson would lead the way with 1,847, with Queenslander Tony Hamilton in second place on 1,828 and Steve Lenton in third place on 1,807.

Day two picked up the momentum with several bowlers climbing up the leader board with improved performances. No more impressive was the jump from 17th to 5th place from another past winner of the event – Warren Stewart (2014).

The winner of the 2021 John Sullivan Senior Australian Open, Mike Muir, would perform consistently over the event, maintaining his spot in 4th place for both days. Another Steve, in Steve Smith, also from NSW, climbed to 3rd place from a day one 9th, shooting 3,503 over the 16 games (218.9 avg).

Yet, the final two spots were contested between day one leader Bill Johnson and past champion Steve Lenton. Both bowlers provided lower eight-game totals on day two than day one, yet both would end up being the top two placegetters of the event.

Competing in separate squads, Johnson (B Squad) would have the first chance of the final day to set a score to chase. The South Australian would finish up with a 16-game total of 3,526, setting the bar for Lenton and others to pursue.

Lenton would require 1,720 from his final eight games to move ahead of the leader Johnson. The first seven games would see Lenton shoot 1,560, meaning a score of 160 in the eighth game was all that was required to become a two-time winner of the SA Senior Classic.

“I had a vague idea what score I needed, but my main focus was still trying to execute good shots which were not coming as freely as they were previously”, explained Steve. “Maybe too much adrenaline?”.

The result would go down to the wire with Steve cutting it close to matching the required score. The result was a 161 game. His lowest tournament score, yet enough to capture the title by a mere two pins over Bill Johnson and third-placed Steve Smith.

“It would have been nice to post a better score in the last block, but I won’t dwell on that. It is what it is,” explained Steve. 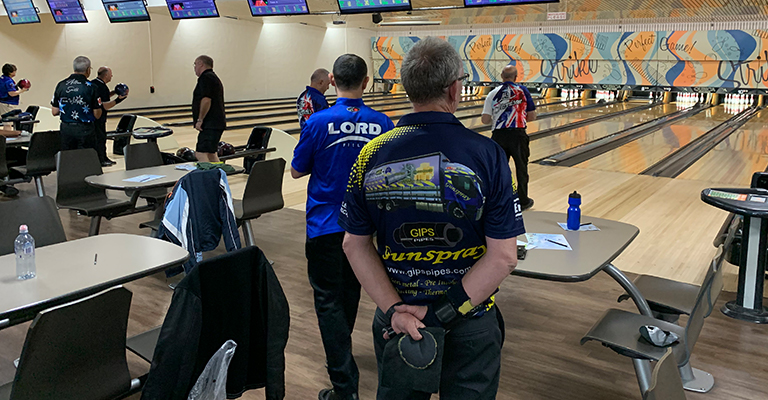 After being rescheduled earlier in the year due to COVID restrictions, the Hammer Queensland Seniors Classic is the next Senior division ranked event on the calendar.  The event will run from May 28-30 at Caboolture Bowl & Mini Golf.

“We would like to thank Salisbury Bowland, Belinda Sims and the staff for all their help and assistance with the event, including assistance with sponsoring the prize fund.  We would also like to thank Mawson Lakes Hotel, who sponsored the Lane Awards for the tournament. They are great supporters of Tenpin SA and provided special deals for any interstate visitors over the weekend. Lastly, a big thank you to the Tournament team – Sue and Trevor Noble and Robert Alexander – our volunteers who are always helping out with the running of the tournaments and do a great job”.