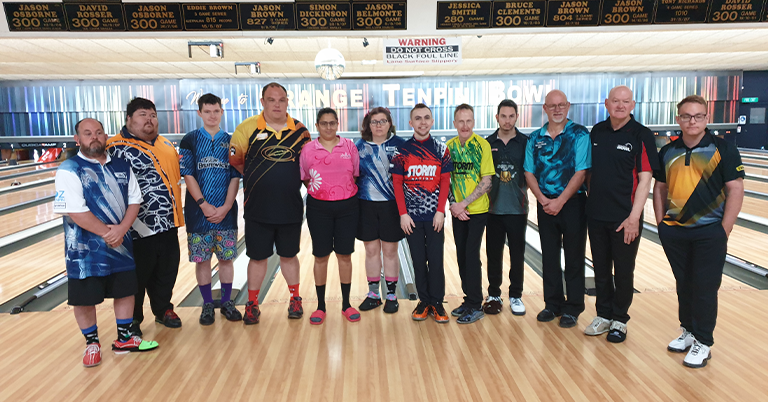 The inaugural TBA National Inclusion Masters kicked off at Orange Tenpin Bowl last week, with many putting their hand up for national selection.

The TBA National Inclusion Masters is an open grade national event to identify our advanced to elite inclusion athletes from several classifications.

The newly introduced event was created to help provide a pathway for athlete identification and possible selection purposes for representative teams. With 2022 being the first time the event ran, Tenpin Bowling Australia’s (TBA) High-Performance Manager Mike Griffith was pleased with how the event transpired.

“The National Inclusion Masters was a new event that hasn’t run in Australia before,” explained Mike Griffith.

“It was an opportunity for athletes with a disability to compete against the best athletes in their own classification with a chance of being selected in the newly formed Inclusion NTS (National Training Squad) or Team Australia.

“Although numbers were low for the first year, those that made an effort to attend proved that Australia has many talented athletes ready to take the next step to represent their country,” added Griffith.

Following the introduction of the TBA’s National Inclusion Training Squad (NTS Inclusion) in 2022 and the prospect of Australian team selection for the upcoming IBF Para Bowling World Cup on the Sunshine Coast in November, many were keen to bowl their best in front of selectors.

“We were not disappointed with several athletes showing they have what it takes to not only be part of our NTS but ultimately part of Team Australia,” said Griffith. “We were impressed with their performances over 18 games”.

The National Inclusion Masters will be a new annual event on the calendar, with 2023 details expected to be released early in the new year.

Winner of the Women’s intellectual division, Amanda Threlfall, was excited to participate in this year’s event and enjoyed the challenge of the 18-game format.

“I was glad to have a chance to participate in a wonderful tournament and hopefully we can have it again for years to come,” said Threlfall. “18 games are probably enough but you have to get used to bowling 18 games or more if you want the chance to bowl in the higher-level events”.

In the male division, Matthew Hurst from Coolangatta Tweed managed to take out the title in the last game of the day. Hurst averaged an incredible 187.5 over the 18 games in a tough male division that saw the next placegetters also averaging 186.5.

“I had so much fun, and I thought it was awesome,” said Hurst after the win.

With several exciting selections on the horizon for the NTS Inclusion and Team Australia for the IBF Para Bowling World Cup, more announcements are just around the corner.

“We anticipate the announcement of NTS Inclusion within the next couple of weeks, followed by our teams for the IBF Para World Cup in November,” explained Griffith.

7News Report – Orange Tenpin Bowl has been hosting some of the sport’s best inclusion athletes, as they bide for national selection 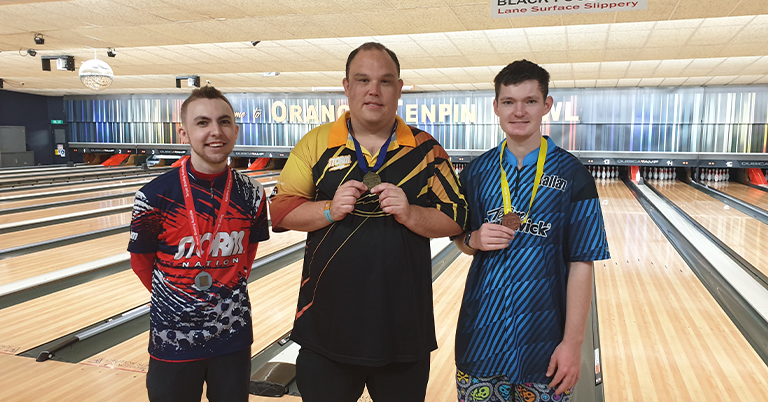 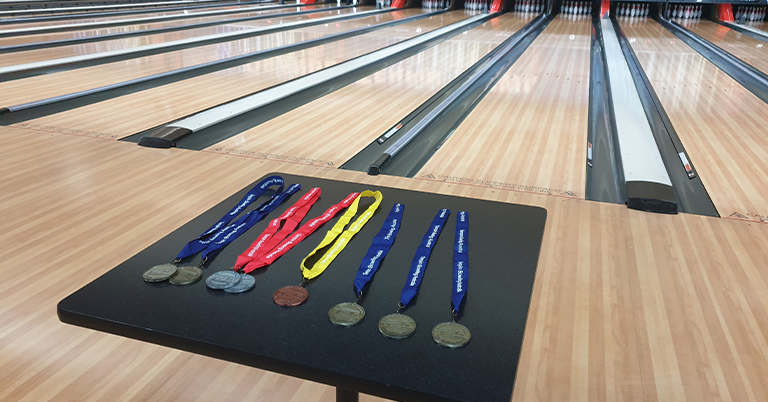