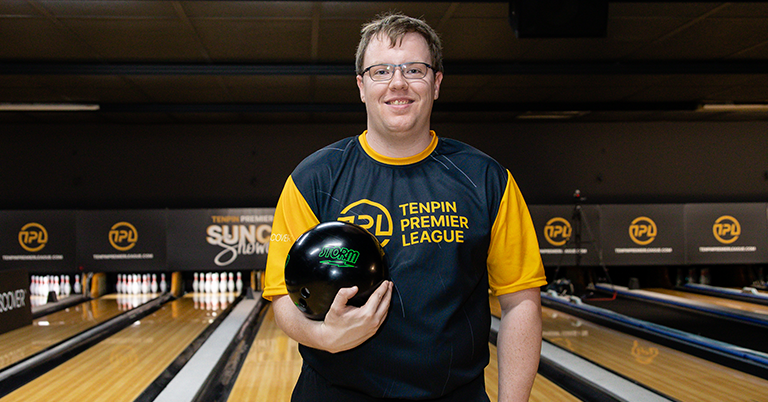 Jarrod Langford, dubbed the “King of the North,” is a fierce competitor on the bowling scene. The 25-year-old left-hander has been bowling competitively for the past 19 years and is on his way to becoming a bowling superstar.

Langford has had an outstanding start to his season, winning the Schweppes Melbourne Tenpin Cup and the first two Tenpin Premier League (TPL) events.

On the weekend, Langford was crowned the inaugural TPL Championship winner. A deserved acknowledgment for his amazing TPL season which saw highlights such as winning two titles and bowling the first 300 game in TPL history.

So, it’s only fitting that Langford has been named to Australia’s World Cup team.

“I spent a lot of time on the lanes fine-tuning my game and managed to come out with the win at Melbourne Cup. This definitely boosted my confidence leading into the first TPL event, where in extremely tough conditions, I managed to take out the win.

“The second TPL was like a dream run, and I could not believe how well I was throwing the ball. To end the year off I cannot wait to represent Australia in the World Cup on home soil,” he said.

Having been given the opportunity to represent Australia three times already in a World Cup team, the feeling of putting the green and gold on again never gets old to Langford.

“I was ecstatic to have been chosen, and I think this occasion will be extra special, as I will be competing on home soil in front of my friends and family.”

Langford’s latest win at the Suncity Tenpin Premier League event gave him the chance to bowl at the host venue for the World Cup. Langford found the center to be at a prime location that truly shows the best of what Australia has to offer.

“It is an absolutely beautiful place to be hosting the World Cup, the beach is literally on the doorstep of the bowl. I found the centre great for viewing. Although I had a win in the TPL, the lane conditions will be remarkably different for the World Cup.”

“I have been dreaming about competing in the PBA since I was a kid, watching replays on DVDs. I am going to be fortunate enough to be going over to attempt to make my PBA debut in February next year.

“Hopefully, I can bring my A-Game against the world’s best.”