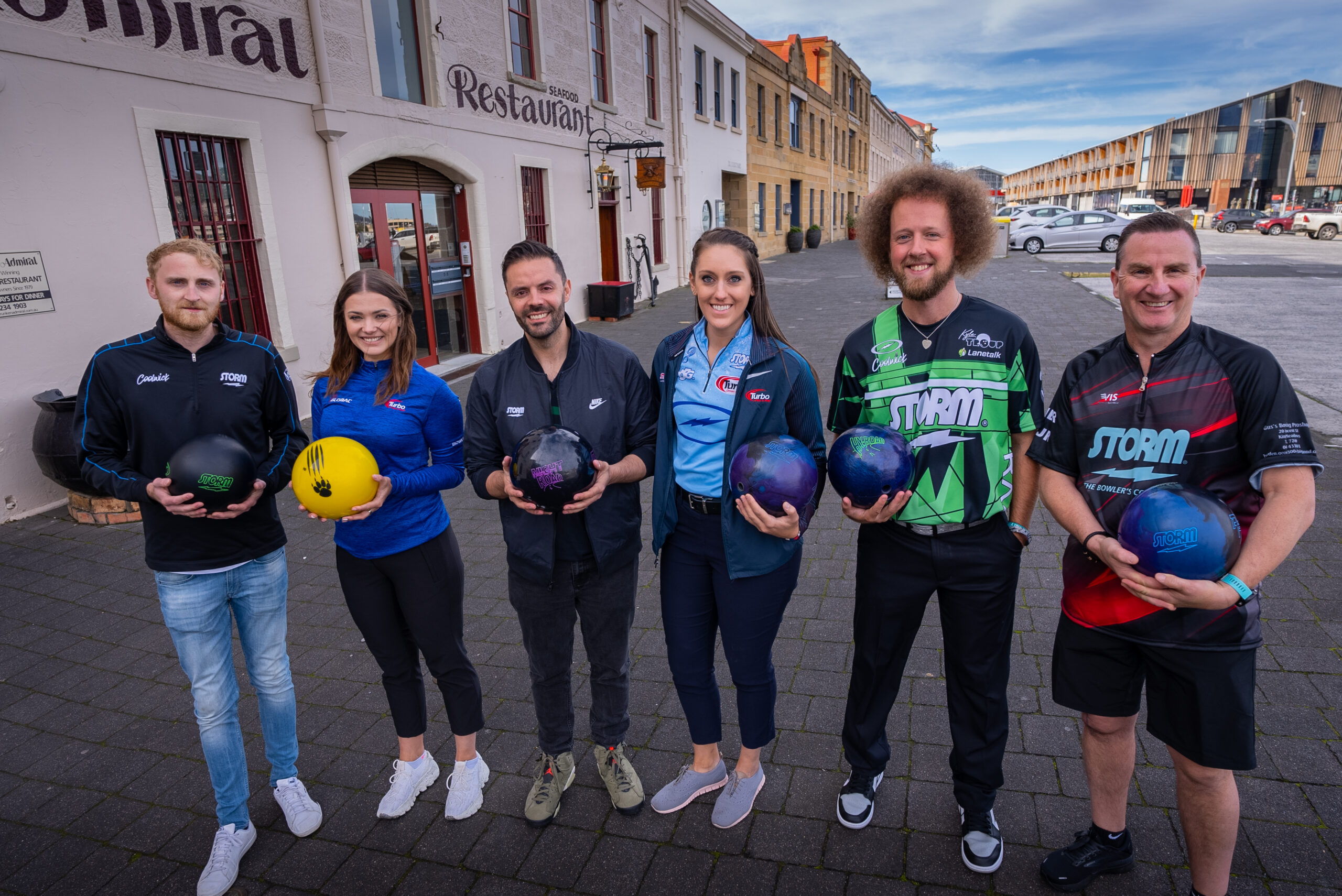 The world’s biggest names in bowling will descend on Hobart from Thursday for the inaugural Devil’s Lair.

The 2022 Devil’s Lair Tasmania is a unique first for Australia.

Belmonte is excited to have the likes of current PBA Player of the Year winner Kyle Troup, former PWBA Rookie of the Year Daria Pajak, youngest-ever winner in the PBA Tournament of Champions Jesper Svensson and seven-time world champion Daniele McEwan in Australia for this event.

For more than a decade, Belmonte has spent time away from his family to bowl on the PBA Tour. Now, the Orange-born bowler has 30 PBA Tour titles to his name, a record no other athlete has achieved.

“It’s brilliant to have this calibre of bowling here in Australia,” he said in a press conference on Wednesday.

“Usually, I have to travel to bowl against these guys so it’s nicer to have it a bit closer home and have them come visit my country.

“We are extremely excited as a bowling community to host these amazing professionals and put on a great show.”

Strike 3 Bowling came up with the idea to bring world-class bowlers to Australia to introduce the sport to the next generation of young aspiring bowlers, put on a show and build a tournament around that exhibition to create positive energy for bowling in the country.

The opportunity to have events of this calibre in Australia is a great way to establish bowling as a major sport in a country where there are over one million active participants, especially with the Commonwealth Games 2026 and Brisbane 2032 Olympic Games around the corner.

The bowling community around the world, including the players, are banding together to help put the sport on the map.

Troup, who is from North Carolina, said that the Devil’s Lair Tasmania will be just as big as any PBA Tour event – and with less pressure.

Tasmania’s Ashley Riley, who is the winner of four Australian Masters, was invited by Hobart-based event organisers, Strike 3 Bowling, to take part in this historic event.

He’s looking forward to taking on Belmonte and the world’s best on his home track.

“To bowl against these athletes here, in Tasmania, in front of a home crowd is something I’m looking forward to,” Riley said.

“I’ve known Jason for over 20 years and played against him before with a little bit of success so I’m excited to be playing against him,” he added.

With the best of the best in the Tasmanian capital, each bowler is hoping to put on a show for both local and international fans watching on.

“Anytime you’re bowling against the best players in the world it is never easy. I’m expecting a pretty fierce and fired-up competition,” Belmonte said.

“Bowling against these guys, they’re the best in the world so just being here and having the opportunity to stand on the lanes with them is a great feeling and I’m very humbled,” Pajak said.

“I want to strike a lot and put on a show,” Trop said. “We have six of the best bowlers in the world here this week so it’s going to take focus and skills, maybe a little bit of luck.”

The event will be held at Moonah’s Zone Bowling commencing Thursday 28 July at 5:30pm and run through until Saturday night when the Finals will be held.