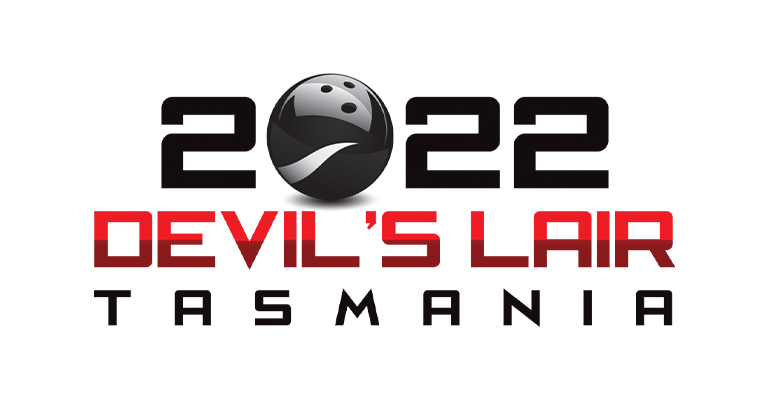 With the opening of international borders, the excitement of the world’s best players taking on Belmo in the Devil’s Lair Tasmania is building again after COVID put the event on hold for the last two years.

Four session package tickets, including a finals ticket, go on sale at 5.00 pm AEDT today at Oztix and with a reduction in seating to just 235 seats, to ensure the event can meet any local COVID restrictions in place, it is sure to sell out fast. Single session tickets go on sale on 1 April, if any seats remain.

Current PBA Player of the Year, Kyle Troup will be joined by Jesper Svensson, Danielle McEwan, Daria Pajak and the legendary Norm Duke to take on arguably the greatest player of all time, Jason Belmonte, in his home country for the inaugural Devil’s Lair Tasmania title. It promises to be a battle royal and Belmo will take no prisoners in his purpose built `Devil’s Lair’.

It will be an historical day for the sport in Australia when the PBA players walk through the front door of one of Australia’s oldest bowling centres located in the country’s smallest and southern most capital! Who would have thought this was even remotely possible? Norm Duke bowling in Hobart! What!! It will be an event not to be missed.

With the new franchise teams getting themselves sorted in recent weeks, an updated guide to the event and event schedule are being released today showing the full list of teams entered for the largest Walter Rachuig and President’s Shield tournaments ever held.

Changes to the schedule include the following highlights;

Most exciting for this years ANC is the wide and diverse range of teams entered. New Zealand recently released their amazing branding and team name, Katipo, that will adorn the shirts of their record six teams making the journey across the ‘ditch’ to show us a thing or two. The ‘original’ franchise team, the Australian Defence Force returns to Rachuig competition and in a positive move for the sport, Rachuig will see its first Pride teams taking part, promoting inclusivity across our great country.

The inclusion of a number of Under 21 teams in Rachuig for the first time, could really put a cat amongst the traditional powers and will bring some much-needed youth to the long-standing tournament in its 59th year.

The ANC is not standing still as it comes out of COVID and neither are the elite players across Australia, with a number of the country’s finest tournament players committing to Rachuig for the first time ever or for the first time in many years, due entirely to the exciting introduction of franchising to tenpin bowling, finally joining a number of other sports in the 21st century.

Devil’s Lair tickets go on sale at 5.00pm AEDT TODAY- Click the link below to get your tickets;

Click here to go to the ANC page on our website to view the updated Event Guide and Schedule.