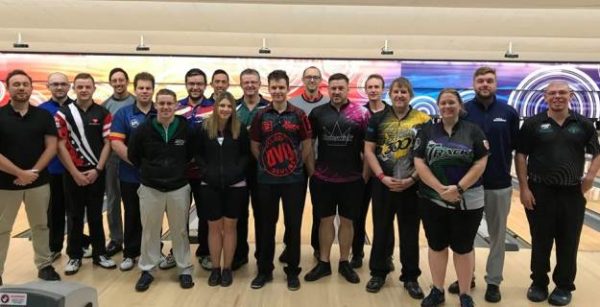 In yesterday’s stepladder final, livestreamed on Facebook, Cooley drew Ashley Warren who was the third seed going into the stepladder.  To get to the final Warren defeated Michael Murray 212-177 and then moved on to defeat Western Australian Chris Watson 218-166.  However, in the final against Cooley both bowlers took time to get into the decider.

After striking in the opening frame Cooley could only manage spares and a ball change got his match going, with Warren also taking time to get his eye in.  As the match progressed, Cooley found his line over the left gutter to strike consistently with Warren still trying to discover what would work for him after sparing and leaving a frame open.

With the match moving into Cooley’s favour and with victory in sight the 2018 Kegel Queensland Open and Australian Open winner didn’t back off and by moving further left, Cooley kept striking to win the match 269-193 and see the New South Welshman take his 3rd title on the Australian ranked event circuit for 2018.

To view all the stepladder finals including the decider and all other action from over the two days, visit the SA Cup Facebook here.