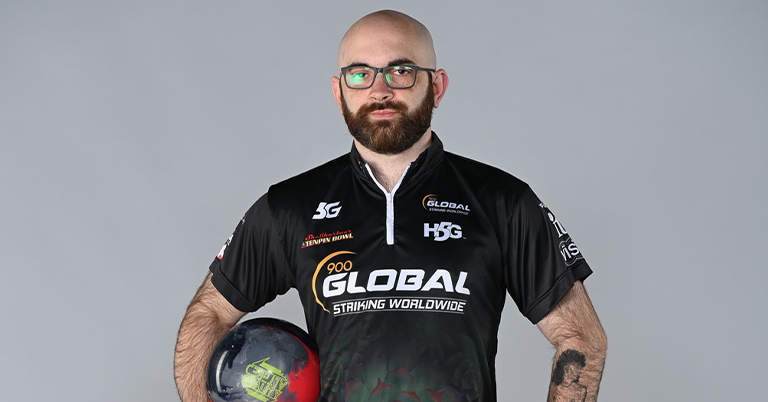 As a child, Sam Cooley dreamt about becoming a police officer or a firefighter. So, when he stepped onto a bowling lane for the first time at the age of four, he had no idea that as a young man, he would travel the world and represent his country as a professional bowler.

Born and raised in Barrack Heights, New South Wales, Cooley was introduced to the sport by chance, while his family attempted to escape the harsh Australian summer heat.

“In the mid to early 1990s, we didn’t have air conditioning in the house, so we were always trying to find something to do indoors on those hot summer days,” Cooley said. “Mum just happened to find Shellharbour Bowl, which had fans, and aircon, and was something we could do over the summer.”

Bowling quickly became an after-school social ritual for Cooley, who had his friends’ and his own parties at the venue, before joining some junior leagues.

“I just got hooked at a young age and never looked back,” he said.

His love for the sport grew alongside his talent as he realised how inclusive the sport is.

“It’s definitely one of the sports where there are no limitations or anything that says you can’t do it. You can do it from a few months old all the way into your senior years, you don’t need to be 6ft5 and built like a truck to bowl. There is no right or wrong way to do it. It’s unique person to person.”

Having the honour of representing Australia 12 times in major international events, Cooley highlighted how the 2022 World Games were an Olympic-like experience for him, something he had never been able to experience before.

“I had heard a lot about the World Games, and when bowling was finally included in this year’s event after 20 years of not qualifying, I knew it was something I wanted to be a part of. Particularly that Olympic-setting experience where all the countries walk out in alphabetical order onto this massive stadium in front of tens of thousands of people. It was a once in a lifetime opportunity,” he said.

Cooley’s gold medal in the Men’s Singles at the 2022 World Games was the country’s best result in any individual event. Cooley was proud to have brought home gold, even more so after facing some professional challenges along the way.

“Any coloured medal would have been great after the year I had on tour last year. I was expecting to be drafted in the PBA League, and when that didn’t happen, I was quite frustrated,” Cooley explained.

“I felt as though I had quite a lot to prove to a lot of people, so I went into the World Games really determined. To have come away with a gold medal cemented the fact that I should have made the selection, but in saying that I am grateful to have gone to the Games and had the opportunity to bring home a gold.”

“It being the highest finish the country has ever had was the icing on the cake. We had medaled before but never won the gold, so bringing that one home was definitely great, not just for myself but for the country and bowling in Australia.”

In recent weeks Cooley has been selected once again to wear the green and gold at the upcoming Bowling World Cup in Australia. Cooley and his teammates Jason Belmonte, Jarrod Langford and Adam Hayes will compete against other countries in a bid to take home gold.

“The team is the strongest we have had in a long time,” Cooley said. “With myself, Belmo, Jarrod and Adam we have a very good chance of bringing some medals back – or keeping them in Australia – and hopefully some will be of the gold variety.

“Personally I am bringing a lot of experience to the team,” he continued. “Obviously there’s always going to be nerves, but having been in that environment so many times before, it kind of feels natural and there would be less pressure in that respect.

“Still, the pressure of being the home team and having all these expectations around you is a different type of pressure. As a team, we haven’t experienced it before, which will be testing, but I think we will be up for the challenge.”