Breaking the Bias through tenpin bowling 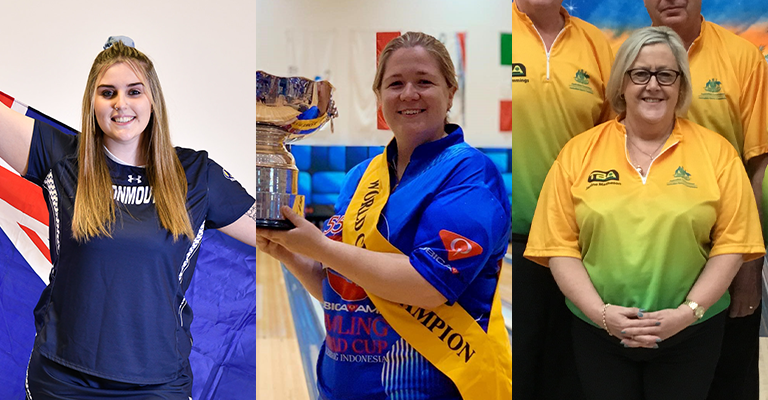 On International Women’s Day (8 March), Tenpin Bowling Australia (TBA) continues to strive to be a sport where everyone is equal – free of bias, stereotypes, and discrimination.

“I think TBA have done a really good job of breaking the bias over the last few years,” Whiting said. “We kind of have an equal say in most things that happen in our sport, and they’re leaning on us now to give our opinions and make a change in the sport.”

“I think I’m fortunate to have done a lot of my work in an environment where there doesn’t seem to be a great deal of disrespect of one gender to another,” Matheson added.

Matheson, who began bowling at the age of 16, has been involved in various administrative roles throughout her time in the sport including as a former Board member in Victoria and Secretary/Treasurer of the Victorian Tenpin Bowling Committee (VTBC).

While the NTS 50 Team Manager believes tenpin bowling has been leading the charge in many respects to the inclusion of women and girls, there is one area she hopes to see a change in the future.

“I think we need to have women in more positions. We’re really lucky in the NT where we have gender balance on our board and we have had a female leader of the association for 10 years,” Matheson said. “I have never experienced in my life any disrespect as being a female leader, but I know some of my friends and colleagues in other States aren’t so fortunate.”

“Your gender doesn’t dictate what your capabilities are. It’s what you do with your mind, your enthusiasm that makes the difference whether you’re a great athlete, administrator and so on.”

With more women and girls entering the sport – 42 per cent of members are currently female – the inclusion of women in the sport is only growing and doesn’t show signs of slowing with TBA looking to implement more participation programs to attract female participation.

Phelan, who is on scholarship in the United States competing in College Bowling, says it’s been great to see more women and girls participating.

“You see a lot more girls entering the sport which means TBA are engaging with them more and I’ve loved to see that happen,” Phelan said.

“There are no limitations when it comes to bowling whether it is at an elite level or league level, you can be involved as much as you want.”

On top of that is the fact, there has been equal prize money on offer at tournaments conducted around the country for the last few years with the Australian National Championships also adopting the initiative last year.

At the same event, after the event was hindered by COVID-19 disruptions, leaving only three women’s teams in the Walter Rachuig, the decision was made to join the men and women together.

Whiting, a world cup champion, loved she was able to compete against the men, and while it “wasn’t everyone’s cup of tea” she thought all the women gave the men a run for their money.

“I think all the women’s teams gave it to the men and I think that was a huge step in support by having that belief. As every sport is, the men are stronger, the men are better, and I feel like TBA are starting to believe our women are some of the best in the country and even in the world. That belief is helping to drive us,” Whiting said.

Bowling has always felt like an inclusive sport to Whiting, Phelan and Matheson. However, the inclusion doesn’t just stop at gender, with TBA wanting tenpin bowling to be a sport for everyone no matter their ability.

“I think inclusivity doesn’t just stop with gender and I think that’s probably a message that’s very important about tenpin bowling,” said Matheson. “It’s a sport that for life, it’s a sport you play as a young child or older senior, as a male or female, a person with a disability, a person who comes from a different culture and all that is embraced because the most important thing about tenpin bowling is the sport.”