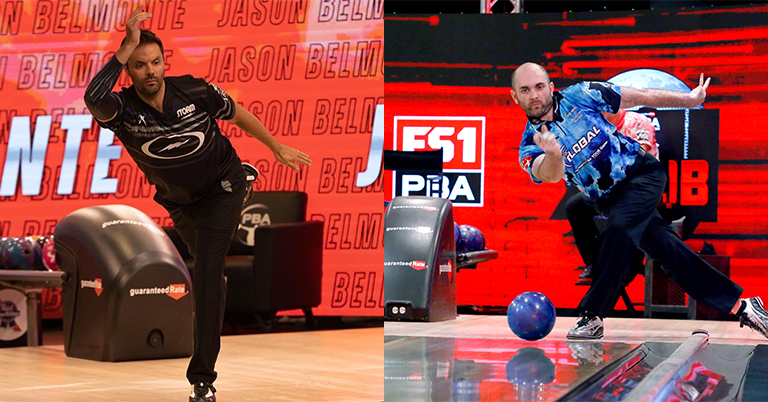 The PBA Tour continues to roll on tomorrow with the U.S. Open kicking off from Woodland Bowl in Indianapolis, Indiana.

The U.S. Open is often regarded as one of the most challenging events in the sport of bowling, featuring a 56-game marathon on demanding playing conditions to determine the finalists and winner of the coveted green jacket.

Competitors at the U.S. Open bowl 24 qualifying games over three days before the field is cut to the top 36 players for an eight-game cashers’ round. The top 24 bowlers after 32 games advance to round-robin match play, and 56-game totals, including 30 bonus pins for each win in match play, determine the five players advancing to the stepladder finals.

Participants in the 108-player select field earn their spots primarily through invitations based on their on-lane performances during the previous year. Players also can earn their spot through direct qualifiers around the country leading up to the event and a pre-tournament qualifier before the start of the tournament.

Australia will have two representatives at this year’s U.S. Open – Jason Belmonte and Sam Cooley.

After kicking the PBA Tour season off in style, Jason Belmonte will be riding on a high after taking out the PBA Players Championship in Texas on Sunday. The one event that eluded the superstar for so long, was the U.S. Open. In 2020 Belmonte could finally tick it off his bucket list. In 2021, Belmonte finished in 12th place defending his crown.

Sam Cooley will be keen to get back on the lanes after narrowly missing out on the top five cut for the West Regional finals at the PBA Players Championship. At the 2021 U.S. Open, Cooley coincidently finished in sixth place and placed the highest from the touring Aussies.

Both Jason and Sam have been placed in A Squad for the tournament and have been paired together for the first three qualifying rounds with American Trevor Roberts.

Young Western Australian Callum Borck narrowly missed making the 108-player field this year after finishing in 34th place at the Pre-Tournament Qualifier. With the cut line set at 26, bowlers in the PTQ had eight games to make their case, with Borck averaging 198.25 on his attempt. The full PTQ results can be found here.

We wish both Jason and Sam the best of luck as they embark on the prestigious tournament.

The field will be cut to the top 36

The field is cut to the top 24