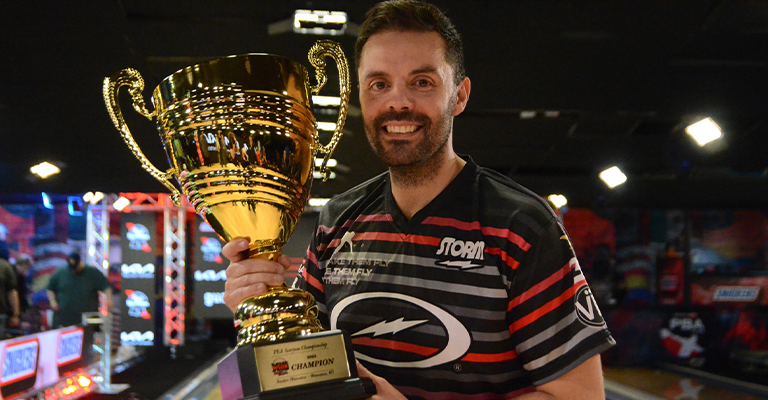 Jason Belmonte has won his 28th PBA Tour title after taking out the PBA Scorpion Championship in Wauwatosa, Wisconsin.

The fourth of five titles on offer at the World Series of Bowling XIII, the PBA Scorpion Championship is one title that has escaped the grip of Belmonte in the past.

That is until today.

Belmonte completed quite the journey to break the streak and lift PBA Tour title number 28 in his remarkable ongoing career.

Averaging 219.40 in his ten qualifying games for the championship last week, Belmonte finished in 16th place after qualifying to scrape into the round of 16. The round of 16 saw bowlers enter a best of 5 match play bracket in the quest to become one of five stepladder finalists.

Joining a star-studded stepladder final line-up that featured EJ Tackett (5), Tommy Jones (3), Packy Hanrahan (2) and Anthony Simonsen, Belmonte had yet another opportunity to add a title to his ever-growing collection.

In what is known as the lowest scoring pattern of the WSOB, the first match saw some strange pin action occur that provided some puzzling looks for both bowlers in match number one. However, Belmonte would go on a late streak of 7 strikes to take the first match against EJ Tackett 247-192.

Next up was PBA Hall of Famer Tommy Jones. A past champion in 2016, Jones couldn’t seem to find his groove on the day with Belmonte defeating Jones 211-177 to advance to the second seed match against Packy Hanrahan.

On tour, Packy Hanrahan is a popular up-and-coming bowler, a two-hand leftie searching for his first PBA title. Opening the game with a 7-10 split and an open frame in the first, Belmonte would quickly refocus, and experience would shine through with Jason making a change with his ball speed.  Belmonte defeated Packy 242-186 and booked a title matchup against Anthony Simonsen.

Like Belmonte, Anthony Simonsen has had a successful 2022 season and entered the stepladder as the top seed. Winning the US Open earlier in the year, Simonsen has enjoyed consistent high placings in nearly all tournaments. The two-handed duo of Simonsen and Belmonte has had a fierce rivalry recently, with Belmonte holding a 6-5 all-time head-to-head record in tv shows leading into today.

Opening with four strikes, Belmonte was never really challenged. Simonsen would have consecutive open frames in the fourth and fifth frames that frustrated the 9-time tour title winner. Belmonte cruising to a 244 -176 victory to notch up PBA career title number 28.

No rest for the wicked, as Belmonte returns to the lanes tomorrow as the PBA Shark Championship gets underway.

Belmonte enters the round of 16 as the 6th highest qualifier. Winning the PBA Shark Championship title in 2011 as his third PBA title, Belmonte looks to collect his 29th PBA tour title over a decade later.

We congratulate Jason on his Scorpion Championship and wish him the best of luck at the Shark Championship tomorrow. 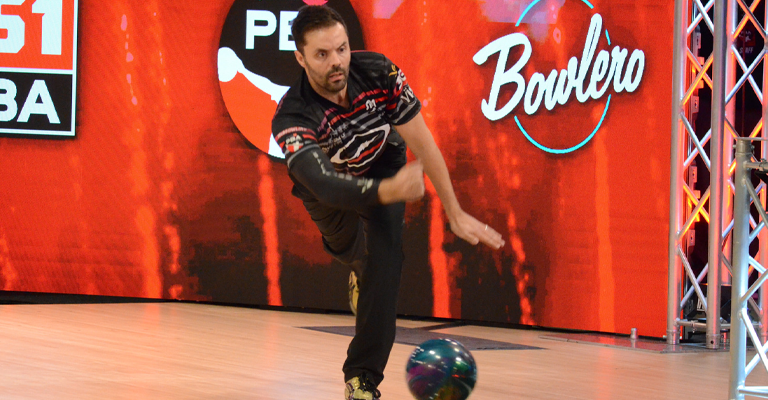 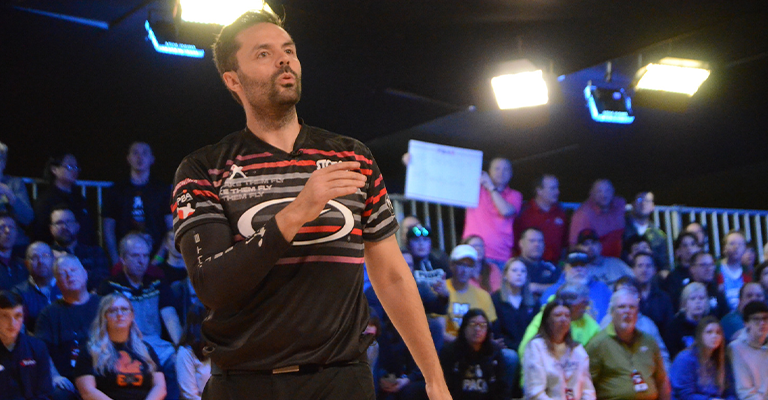 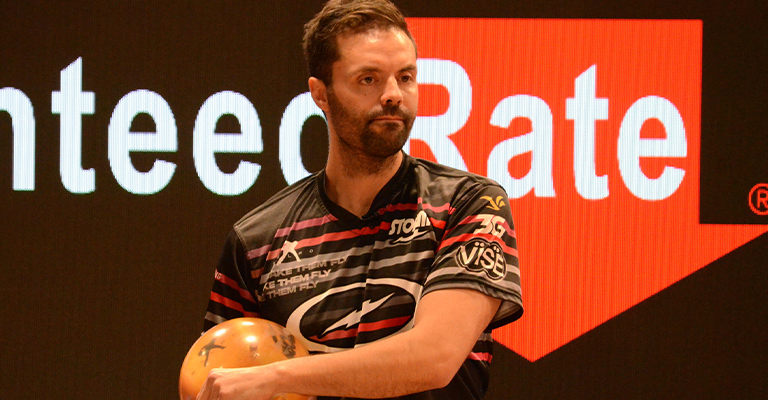 PBA.COM – to read all the reactions from the event and stay updated with all the latest.

FloBowling – to stream all the action!

Credit to the PBA for the images used in this article.