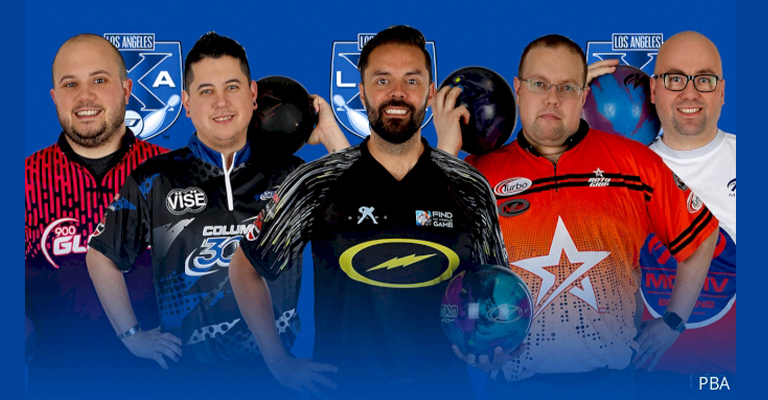 Belmo is back on the lanes after the PBA League kicked off overnight.

This year sees the PBA league consist of 12 teams after expansion saw the introduction of four new teams. Two of those teams are all-female teams in the Miami Waves and Phoenix Fury.

The exciting Baker team event this year saw teams separated into two divisions – the Anthony Division and the Carter Division. The seeding round saw teams compete in their divisions and complete 12 baker matches. Each game, the team with the highest score will receive 50 bonus pins. Second place will receive 40 pins, third 30 pins, fourth 20 pins, fifth 10 pins, and sixth zero pins. The two highest-scoring teams after 12 games would receive a bye to the semi-finals.

The Motown Muscle and Portland Lumberjacks advanced to the semi-finals after being the top two teams in the Anthony Division. Whilst in the Carter division, the Philadelphia Hitmen and Dallas Strikers reigned supreme and will bypass the quarterfinals.

Jason Belmonte’s team L.A. X finished third in their seeding round in the Anthony Division meaning they will have to bowl in the divisional quarter-final stage tonight. Their opponent, the sixth seed, the New York Kingpins.

For the third time in the history of the league, L.A. X finished second place in 2019 and will be looking to go one step further in the 2020 PBA League Elias Cup.

The divisional quarterfinals will be a best of three points match. If tied 1-1 after two games, the tie-breaking point will be determined by a one-ball sudden-death roll-off.

The matchup of LA X vs NY Kingpins will kick off tonight’s action from 3:00 am AEST and streamed live on Flobowling.

The winner of the quarterfinal matchup will play the Portland Lumberjacks in the division Semi-Final on Tuesday at 10 am AEST, again streamed live on Flobowling.

For all the results and news head to www.pba.com and www.flobowling.com . Subscribe with Flobowling to watch all the action live.

Credit to PBA for Images