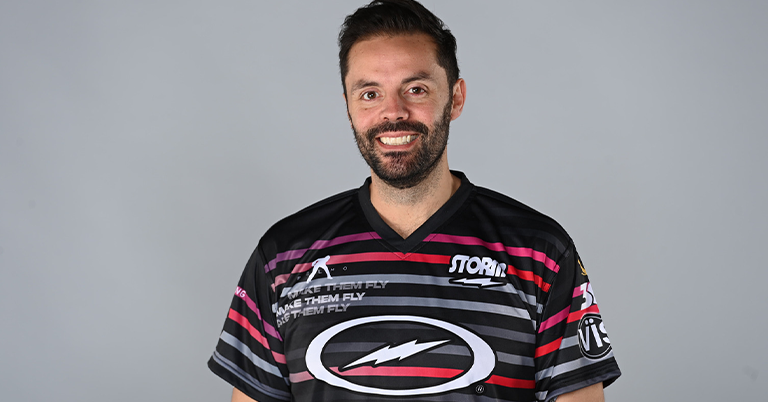 Jason Belmonte has qualified for the PBA World Championship stepladder final at the PBA World Series of Bowling (WSOB) in Wauwatosa, Wisconsin.

After a marathon 54 qualifying games, the PBA World Championship stepladder final will kick-off on Monday morning in Australia at 4 am AEDT, where Belmonte will look to extend his all-time PBA major title record to 15.

Qualification into the PBA World Championship requires bowlers to finish in the top 30 from performances in three separate championships during the WSOB on three animal patterns – Cheetah, Scorpion and Shark.

Each animal pattern championship would see bowlers complete ten qualifying games, with the top 16 in each pattern advancing to the next stage for that animal pattern tournament which will run next week.

All results were combined from the 30 games of qualifying throughout all three championships (Cheetah, Scorpion and Shark) to provide the top 30 to advance to the PBA World Championship stages.

Apart from the Cheetah Championship, Belmonte quickly warmed up as the week progressed to book his ticket to the next stage of several tournaments.

A total score of 6,662 saw Belmonte finish in 12th place on the PBA World Championship standings and comfortably qualify for the top 30 who would proceed to the first advancer round.

As advancer rounds commenced, Belmonte would make his move. After the first two rounds (12 games), Belmonte would sit in second place and qualify for the round of sixteen.

With two more rounds to go (12 games), Belmonte maintained his hot form and finished on a total of 12,364 pins over the 54 games cementing his place in the stepladder final as the third seed.

Already the owner of two titles in 2022, Jason will have a chance to add more next week at the PBA World, Scorpion and Shark Championships.

Tenpin Bowling Australia wishes Jason the best of luck for the next stages of the WSOB XIII.

Cheetah Championship Round  – 11 am AEDT

Scorpion Championship Round – 11 am AEDT

Shark Championship Round – 11 am AEDT

As always, head to PBA.com for all the latest news and FloBowling to stream all the action if you are a subscriber.

Credit to the Professional Bowlers Association (PBA) for the image used in this article.