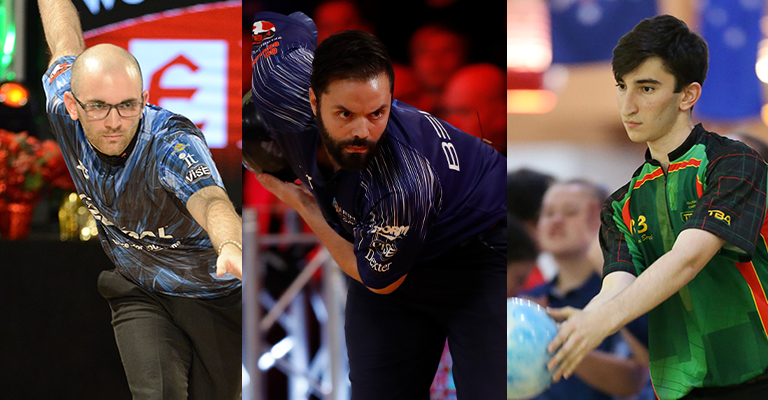 The last major of the 2021 PBA Tour season gets underway tomorrow at the National Bowling Centre in Reno as the 2021 U.S. Open begins. All three Aussies who competed at the USBC Masters will return to the lanes at the U.S. Open.

The U.S Open is often regarded as one of the most challenging events in bowling. A 56-game marathon on demanding playing conditions to determine the finalists and winner of the coveted green jacket.

All competitors will bowl 24 qualifying games over three days before the field is cut to the top 36 players for an eight-game cashers’ round. The top 24 bowlers after 32 games advance to round-robin match play, and 56-game totals, including 30 bonus pins for each win in match play, determine the five players advancing to the stepladder finals.

Jason Belmonte returns to the U.S Open to defend his title after winning the event for the first time in 2020. His title defence for 2021 follows another challenging outing at the recent USBC Masters.

The U.S Open provides another opportunity to add to his all-time record-holding 13 career major title collection. The event will be without the man Belmo defeated in the 2020 final, after Anthony Simonsen withdrew from the event for non-confirmed reasons.

Sam Cooley will be looking to continue his hot form after performing the best of the Aussies at the USBC Masters.  Cooley maintained his position in the winner’s bracket with wins over Cameron Crowe, DJ Archer, Timothy Foy Jr, and Chris Barnes. Cooley would make the final four of the winner’s bracket before losing to Thomas Larsen, who eventually won the USBC Masters title.

The loss to Larsen forcing Cooley to compete with four others in a final elimination match, with the lowest three-game score eliminated and missing the TV show. Unfortunately for Sam, he was the one who missed out in a heart-stopping finish. Cooley will be keen to continue his best performing PBA season at the U.S. Open.

Lastly, the 20-year-old West Australian Callum Borck will get another shot at a PBA event. After an impressive debut at the USBC Masters by qualifying for the bracket stage, Borck was quickly eliminated, losing his matches to Andrew Anderson and Zac Tackett.

In a quick turnaround, Borck competed in the U.S. Open PTQ and finished in 24th place, qualifying for his second PBA career event.

The U.S. Open consists of 108 competitors in three different squads, bowling three blocks of eight games. The Australian’s are in the following squads.

All times in AEST time. Times could change at any time.

For all the latest news and results head to Flobowling, PBA or Bowl.com

Credit to PBA LLC for photos