2022 Tenpin World Cup Round One Preview 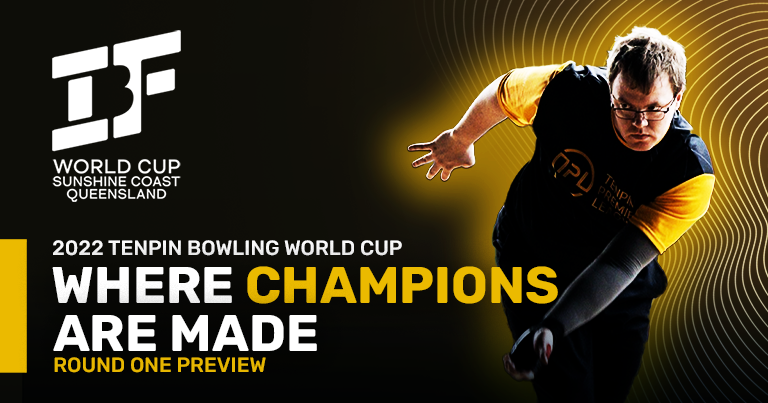 The time has arrived with the 2022 Tenpin World Cup set to get underway at the AGL National High-Performance Centre on the Sunshine Coast, Queensland today.

Athletes have arrived for the commencement of the 2022 Tenpin World Cup, with teams participating in official practice today before the competition gets underway tomorrow.

Federations will mark the occasion of arriving in the country with a Team Welcome event scheduled at the AGL National High-Performance centre later this afternoon.

Three months have passed since Suncity Tenpin Bowl on the Sunshine Coast in Queensland was named the host of not one, but two World Cups – The 2022 Tenpin Para Bowling World Cup (3-10 Nov) and 2022 Tenpin World Cup (11-23 Nov).

Following the Tenpin Para World Cup, a total of 14 nations from across the world have registered teams to participate in the upcoming 2022 Tenpin World Cup.

Sporting a brand-new format, the World Cups aims to become a test for the best bowling federation in the world. Working both individually and as a team to create epic battles between nations.

Four titles are up for grabs over the next twelve days, with both a team and individual format embedded into the newly formatted World Cup event.

Teams will gather points for their federations in the individual round, then all come together as one in a baker-style format where strategy plays a huge part in the team composition.

In the teams round it’s truly federation versus federation, all the way from group play to quarter finals, to semi-finals, and the grand final.

Skill, endurance, knowledge, and strategy must all be on top to be able to walk as champions.

As with all new formats, getting your head wrapped around the changes and intricacies can always be a challenge. We aim to help provide some assistance with this below.

A total of 14 nations are travelling to the Sunshine Coast to compete in the 2022 Tenpin World Cup. A total of 14 teams have registered for the men’s division and eight for the female division.

There will be three rounds of competition.

All team matches will be conducted in the IBF World Cup Baker Format.

Baker order must rotate each game (Examples below):

i.The following time rules apply and will be strictly enforced during the entire event.

ii.First shot in a frame. When your opponent leaves the approach and you have a full set of pins, you have 30 seconds to complete your shot. The shot is deemed complete in shot clock terms when the ball is fully released and has passed the foul line.

iii.Second shot in a frame. After your first ball has returned to the ball return, you have 30 seconds to complete your shot. The shot is deemed complete in shot clock terms when the ball is fully released and has passed the foul line.

iv.First offence: The shot will count as a foul, nulling any pins knocked down in that shot.

v.Second, and continued offence: The pin count of the whole frame where the offence occurred in will be nulled.

Please click here to view the groupings for round one that was drawn randomly from the tournament team.

Global Leader Board forms ranking/seeding for Round Two. This Global Leaderboard will be published and maintained on the World Cup webpage after the first day of play.

Click here to be directed to Info and Forms where the schedule is housed.