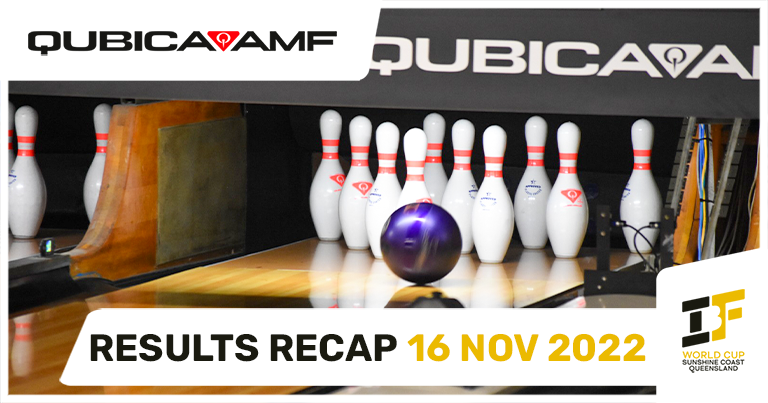 Day Five of Tenpin World Cup competition determined the Top 16 Women for their next phase of the Championship at the AGL National High-Performance Centre on the Sunshine Coast, Queensland.

Selecting the top 16 women from this pack was never going to be easy, but today, the results have been finalised and as we switch the match play format, we know what is to come for Sunday’s Singles’.

The last women to be confirmed the group processing to the next phase was Australian Chloe Clague and she had the whole Centre on the edge of their seat.

Into the last game of the positional round, Clague needed to win to go through in position 4 of her Group OR she faced a roll off.

“I knew that if I just made the shots – it was my time, the last couple of days tested me but today I was able to be in a different mindset and switch it on to do what I had to do” said a nervous but determined Chloe.

When asked about the knowledge that she is going to take into the match play she said “I feel like as the three days went on the lanes played different, I am starting 3 boards more left, they are breaking down nicer and becoming more open, with so much extra swing compared to Day One” and therefore “I think that maybe we need to keep an open mind, we cannot assume how they are going to play, we can move right not just left”.

The Singles format will be played out on 20 November 2022: