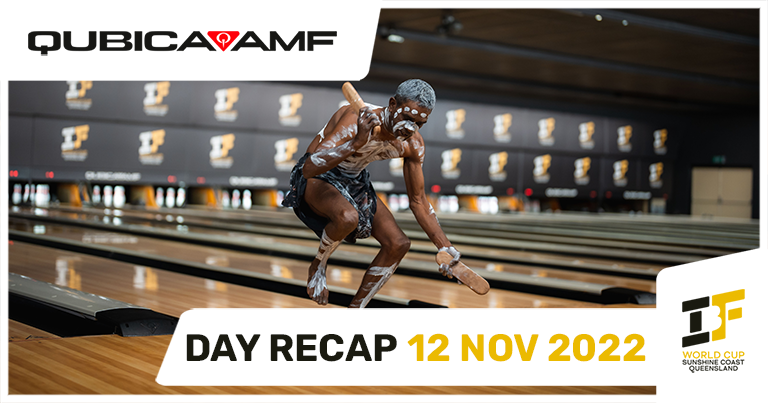 Day One Tenpin World Cup competition is completed at the AGL National High-Performance Centre on the Sunshine Coast, Queensland.

A full wrap of the Para Bowling World Cup is HERE for you see what has occurred in leadup to today’s competition.

Australian Sam Cooley summed up today perfectly “with this kind of event, it is the very best of every country – there are no pushovers”. Cooley stood strong to finish as the leader of Group B.

American Bryanna Cote and Germany’s Sabrina Laub topped their groups, with USA’s Cote making the highest average for the women on Day One. Speaking with Bryanna after her Block, she said that the “Conditions were playable, it was a clear picture on what you needed to do and just keep the ball in play and make your spares– so just keep it simple and hit the one in front and make the spare, if you strike – great.”

With no plans to change balls or her strategy of ‘keeping it simple’ Bryanna commented “I am not going to change anything about the balls I use, unless I see something different from the ladies tomorrow, and I will just keep it simple with an open mind”

Both Cote and Laub said they were enjoying the Sunshine Coast with the excellent weather affording them the opportunity to walk on Alex Beach as part of their daily routines. On the Event location – Group A Leader Martin Larsen from Sweden commented “I have been bowling in the national team for 25 years and I think this is the best location ever – it is really far from home – but the bowling centre, the beach, the food, everything is top notch so far.”

You can check out full interviews via the Live Blog from athletes today including Bryanna Cote, Martin Larsen, Australians Chloe Clague and Adam Hayes, along with Team Germany’s Sabrina Laub.

The Groups on show today were: