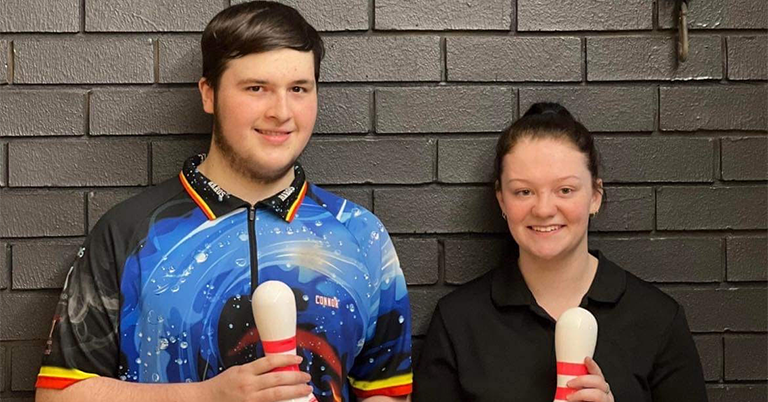 The home of the upcoming 2022 IBF World Cup hosted the 20th running of the TBA21 Cup over the weekend at Suncity Tenpin Bowl on the Sunshine Coast, where a first-time male champion was crowned while the female division saw a familiar face continue a brilliant 2022 season.

The fourth of five youth division rank events for the year, the TBA21 Cup would see bowlers complete eight (8) games to qualify for the finals section of the tournament.

The finals would then see bowlers compete in ten (10) games in match play format, earning bonus points for a win or draw. The bowlers with the most points after the finals stage would be crowned champions.

It continues to be a stellar season for Victoria’s Grace Fahy as the girl from Bendigo added yet another title to the belt for 2022.

Winner of three ranked events in the youth division (Werribee Youth Cup, Sydney Youth Cup and TBA21 Cup) to go with a runner-up at the SA Youth Cup, Fahy also finished runner-up at the inaugural TPL Wodonga Classic and was selected as one of four female members for the Australian World Cup team.

The TBA21 Cup saw Fahy start shaky, finishing in sixth place at the end of qualifying and opening the door to challengers. One of those was Emily Bottomley, who sits second on the rankings behind Fahy. The Queenslander would average 203 over the first eight to sit in second place, heading to the finals.

The top qualifier would be Tasmanian 15-year-old Jasmine Walker, who has had a great year on the lanes after being a member of the Rachuig winning Hobart Capitals team. Walker bowled incredibly in the first eight games averaging 227.6 and finishing on 1,821 pinfall was 197 pins better than Bottomley’s second place.

When the lights were the brightest, ‘Fantastic Fahy’ shone the brightest. The finals match play section saw the Australian member average 200.3 over ten games. Collecting seven wins from her ten matches and 14 points, Fahy finished on a pinfall of 2,003 to break a three-way tie-on points from the other podium finishers, who also finished on 14 points.

The 19-year-old from Logan City Tenpin has had a great 2022 season progressing in results in several tournaments throughout the country. Two top ten finishes in the Sydney Youth Cup (10th) and SA Youth Cup (9th) have helped Renton build an impressive resume for the year.

Like Fahy, Renton would start the qualifying stage off slowly finishing in 7th place but only 117 pins behind the top spot, helping show the tight competition within the division.

Australian bronze medallist from the under 21 World Championships, Jamie Robinson, would finish as the top qualifier after an incredible performance in the stage. Robinson would average 230.8 over eight games with a 288 high game.

The match play section saw the top ten battle against each other for points, where Connor Renton began his climb to the title.

Renton would win eight of his ten games, collecting a tournament-high of 16 points. Averaging 208.5 and finishing on 2,085 pinfall for the section was enough to edge his challengers and win his first-ranked event national title.

Jackson Buckingham finished on 14 points and a 2,037 pinfall in second place. Rounding out the podium was Queenslander Lachlan Howse. Following an under-14 Australian Masters title in Hobart earlier in the year, Howse continued his excellent form finishing on 12 points and a 2,089 pinfall.

Jamie Robinson and Bernie Grueso Jnr would finish in fourth and fifth place, respectively. Averaging the most in the section, the match play format wasn’t kind to the two Australian team members and Brayden Warren who all split their ten games with five wins each finishing on 10 points.

The next and final youth division ranked event is the Grand National Youth Eliminator at Caboolture Bowl which will run from November 19-20.